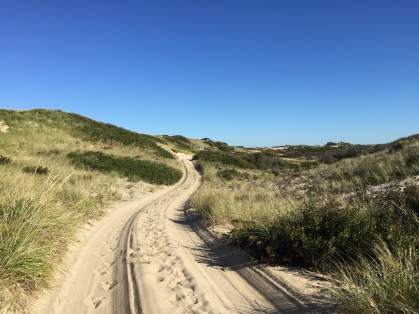 It is strange, or perhaps not, that for all I have written about the dunes, about Provincetown, in the last five years, but the last two years especially, how nearly paralyzed I am by the thought of writing about my experience there in October.

I’ve written two short essays that are out in the world, awaiting their fate in the digital slush pile. Those came to me quickly, and I started writing both while I was out there. But to make sense of the whole week will take more time.

I will say that it was harder than I thought, mentally and emotionally. In my real life, I wake up and go to the gym or run, I write for two hours, I go to work where I see only one or two other people, when the weather is good I go to the beach, when it isn’t I come home and write more.

It’s an island–there aren’t that many people to talk to.

But, if you read my recent piece on The Common, you’ll see that I live pretty close to other people. I might not always talk to them or hang out with them, but they are there. I see their lights come on in the morning, I hear their cars crunch over the shell driveway at night. In the summer, their kids ride their bikes and play hide-and-seek in the decorative tall grass that runs between my yard and the street.

It’s nice to know they are there.

When the fellow from the Compact dropped me off out at the Fowler Shack (during the most brilliantly warm stretch of October weather–the hottest October on record, Christ), there were people in the two other shacks nearby, cleaning and readying their homes for fall.

Good, I thought. It won’t just be me and the coyotes.

Hours later, I heard the sound of an engine turning over, and in a blink the car and the people were gone. The sun was, too. There I was, alone in the dark, not yet having figured out that I should light the hurricane lamps an hour before the sun starts to sink, not yet knowing how to start a fire. 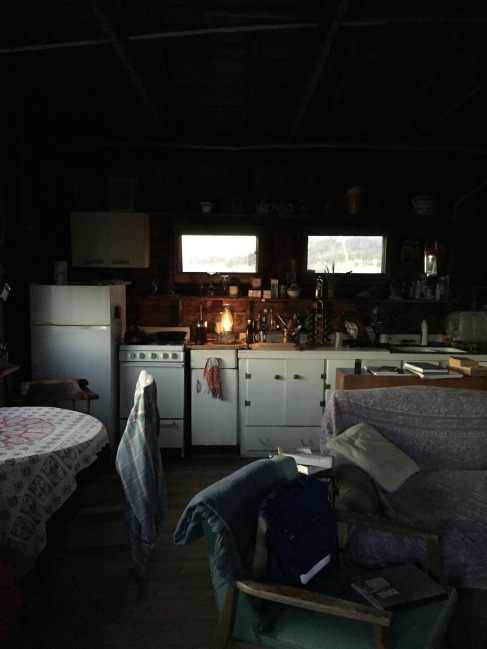 That first night, the darkness and the solitude hit me hard. The closest person in any direction was over a mile away, over the sand. I am used to being by myself, but I quickly learned that is very different from being completely alone.

I started thinking of Pat and Mary Anne and Sydney and Susan and the woman without a name, the Lady of the Dunes.

Me and the coyotes and the ghosts.

In the morning, the sun rose and the light seemed to stretch on forever. 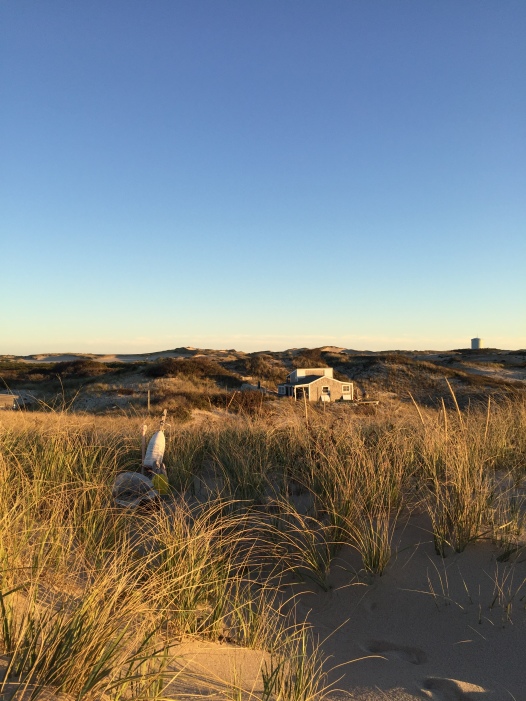